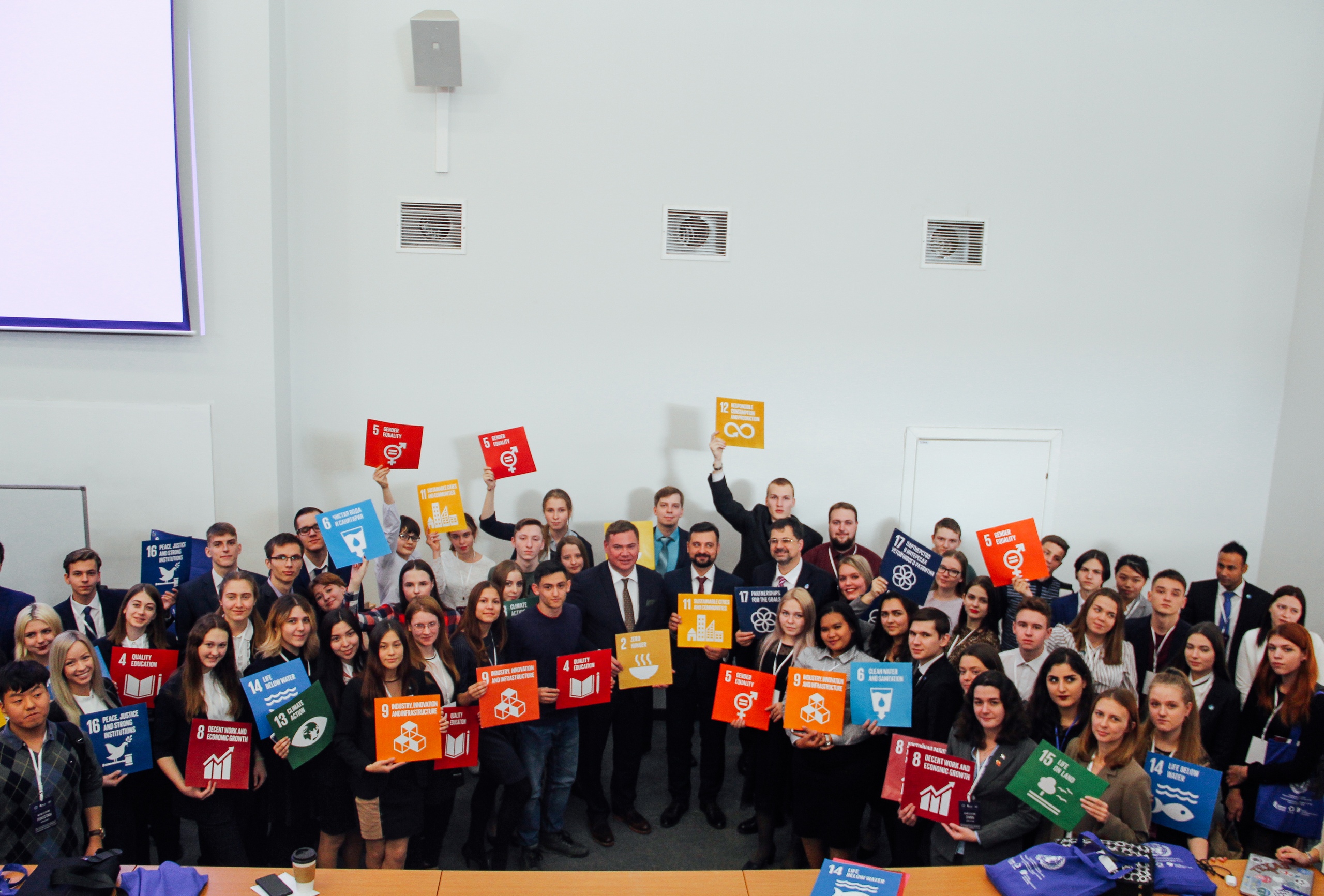 As an active supporter of the United Nations values, MUNRFE has always been looking forward to supporting new global initiatives. One of the major international frameworks that the Organization is promoting in the Russian Far East is the 2030 Agenda for Sustainable Development.

The adoption of the Sustainable Development Goals (SDGs) in 2015 has marked a new stage in the existence of MUNRFE. Since then, the Organization has incorporated this concept in the implementation of numerous projects from international Model UN Conferences and Master-Classes to small-scale workshops.

As the SDGs movement was gaining momentum, MUNRFE was on the frontlines of their promotion starting, for instance, by co-organizing the Association of Pacific Rim Universities - Far Eastern Federal University (FEFU) Undergraduate Leaders Program 2017. The Program aimed at promoting cultural diversity and international cooperation along with spreading knowledge on sustainable development. 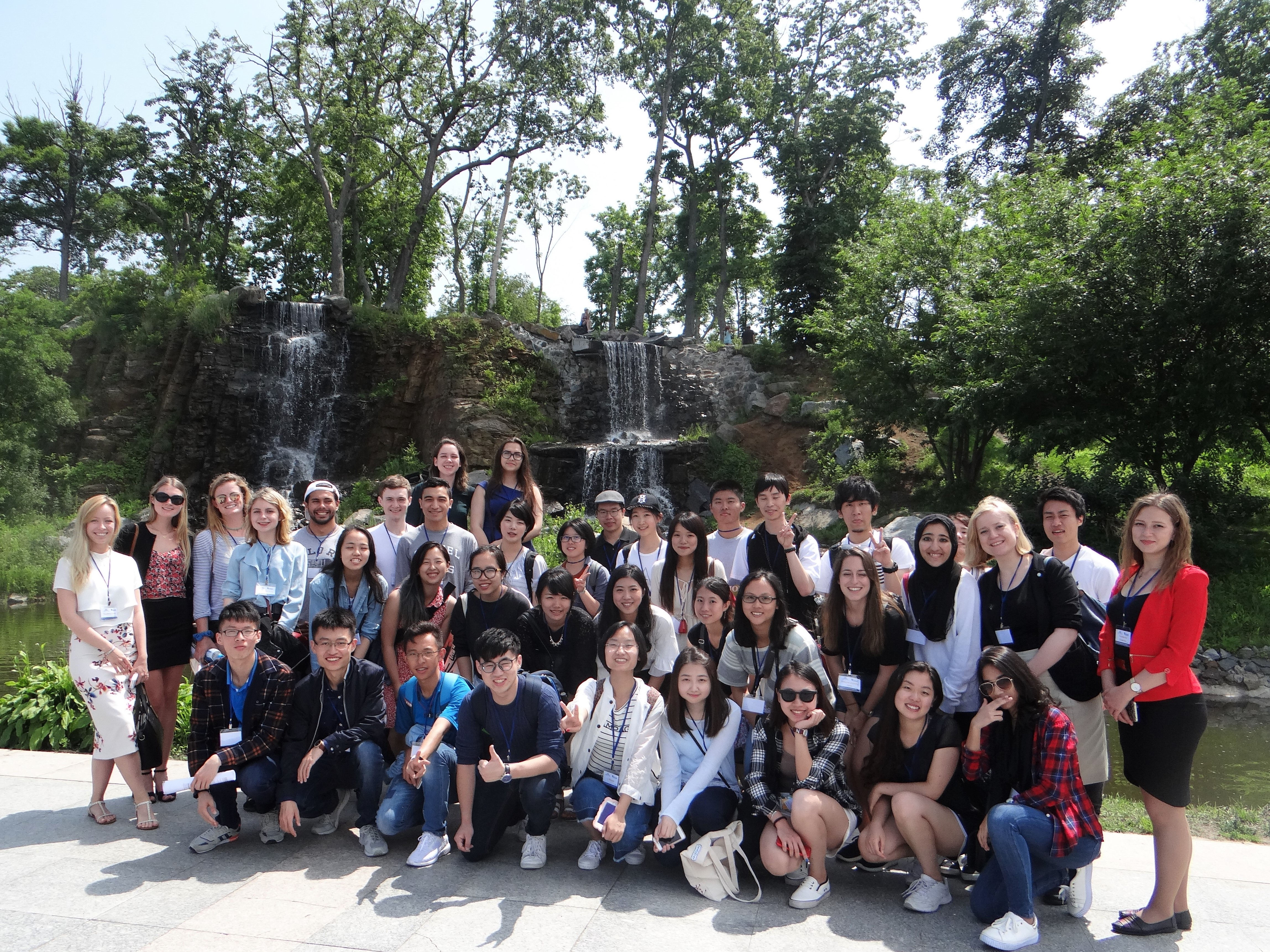 Moreover, that year MUNRFE co-organized the Regional Program of World Festival of Youth and Students conducted at the FEFU. In frames of the program, MUNRFE members were responsible for a platform “Voices of the 21st century: Youth and the Global Agenda” through which they introduced young leaders to the idea of sustainable development.

Blagoveshchensk Club has made a substantial impact in increasing the visibility of SDGs in Russia through conducting the #GlobalGoals campaign during which many people have shared images with the Goals and spread awareness about them. Vladivostok Club has also embraced the practice of holding SDGs-related projects. It has been conducting different events in FEFU, one of them being a part of the all-Russia campaign “Know your goals” supported by the Open School for Sustainable Development. Besides, MUNRFE members aspire to involve other stakeholders in the discussion, for instance, the Russky Technopark residents. 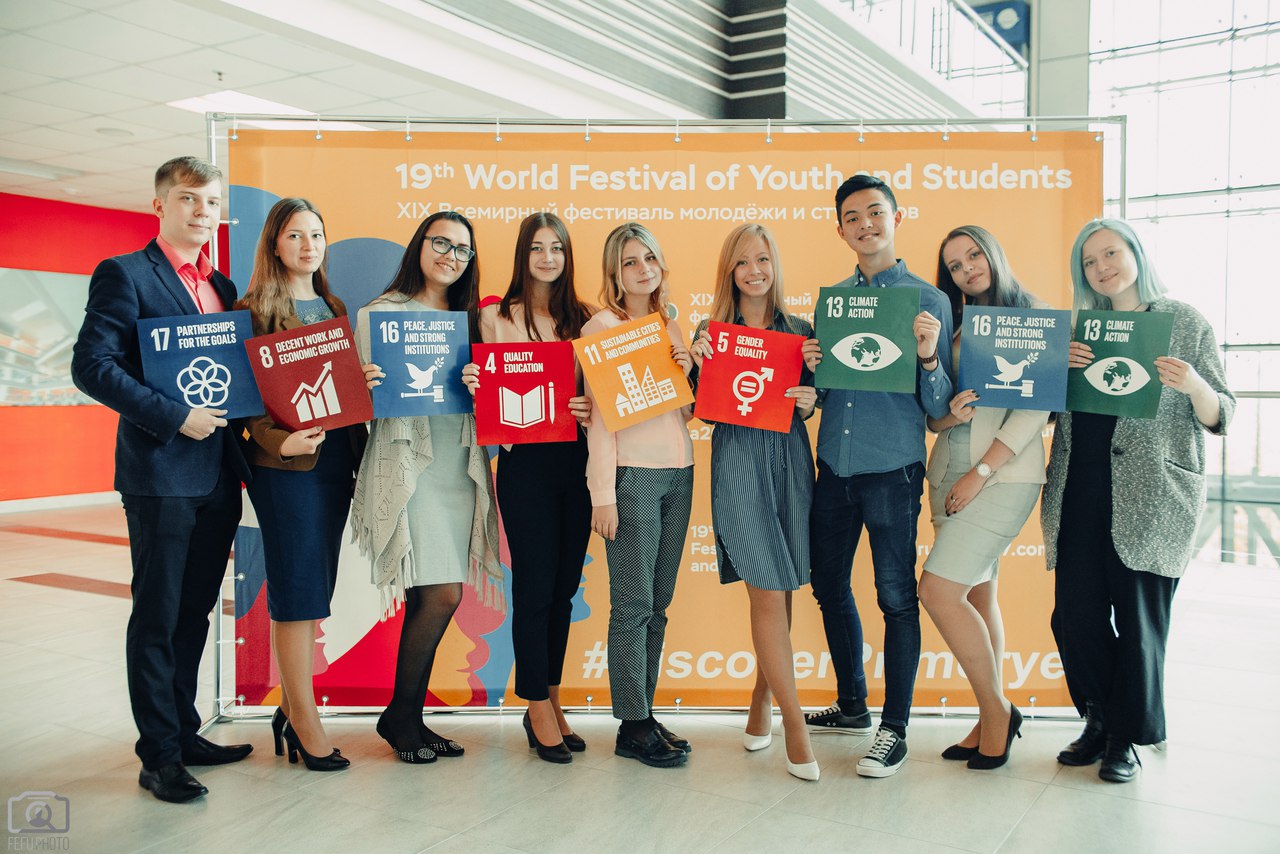 A significant event devoted to SDGs in which MUNRFE members took part was the North-East Asia Multistakeholder Forum on Sustainable Development Goals conducted in October 2019 by the United Nations Economic and Social Commission for Asia and the Pacific (UN ESCAP) jointly with the Russian Government and FEFU.

In 2020, a celebration of the United Nations 75th anniversary largely focused on the SDGs and the prospects for their achievement. During the “UN75 – On the way to sustainable development” project, students from different cities of Russia have deepened their understanding of the 2030 Agenda and ways to implement it in daily life.

Except for its projects, MUNRFE had a unique chance to contribute to the promotion of sustainable development in Russia by having its representatives among the SDG Youth Envoys in Russia, namely MUNRFE Executive Director Mr. Aleksei Stanonis and MUNRFE alumna Ms. Polina Varfolomeeva, representing SDGs 9 and 1 respectively. This provides the Organization with a chance to be represented at high-level events such as the BRICS Youth SDG Forum conducted in December 2020 by the Ministry of Science and Higher Education of the Russian Federation, National Youth Council of Russia, BRICS Youth Energy Agency, and MIREA — Russian Technological University.

It goes without saying that every MUN Conference and every Master-Classes include lectures and agendas on SDGs. For instance, in 2017 a series of seminars held by Mr. Oleg Dunaev, International Expert on Development in the Russian-speaking subdivision of the international evaluation network – EVALSDGs was included in the MUNRFE Annual Conference. In 2019, the participants of the Autumn Master-Classes were honored to attend a lecture on the cost of achieving SDGs in Asia-Pacific by Mr. Hamza Ali Malik, Director of the Macroeconomic Policy and Financing for Development Division of the UN ESCAP. 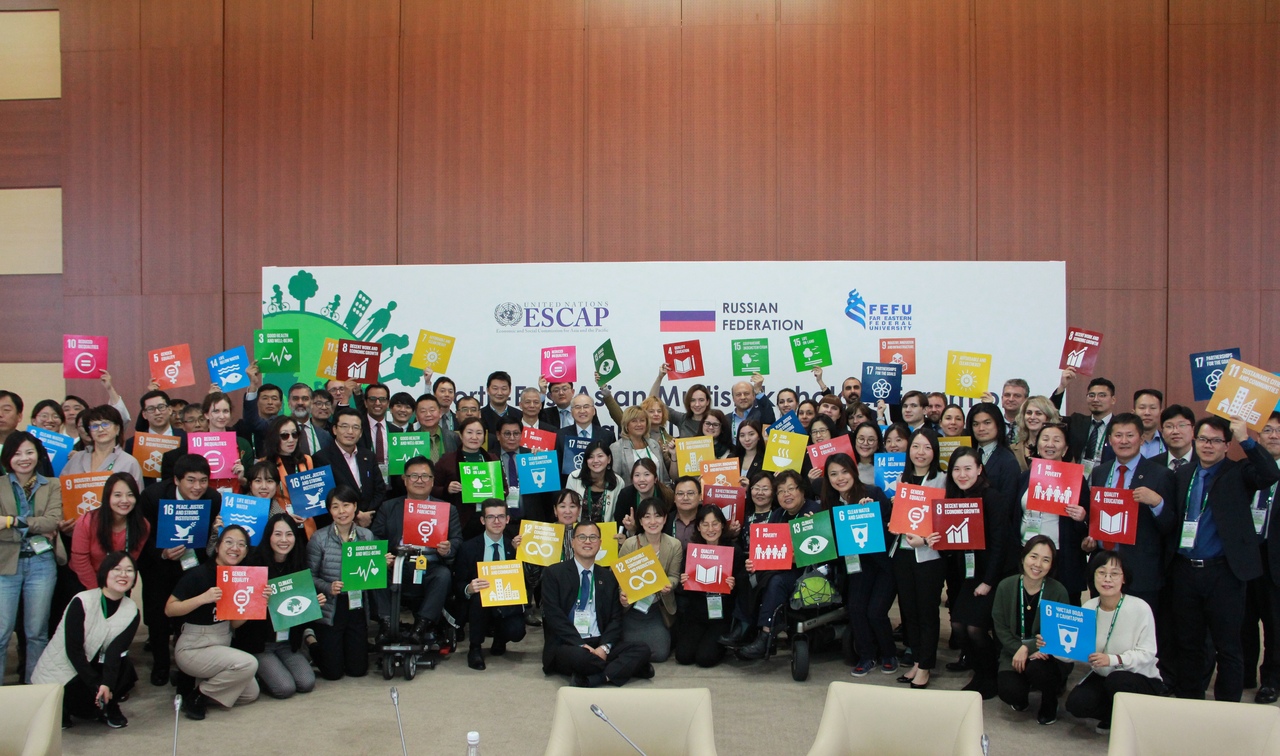 Proceeding to develop the partnerships, MUNRFE was able to move to a new level at the Annual Conference 2020 by conducting a panel discussion “North-East Asia on the way to the Agenda 2030” and gathered many respected experts in the field of sustainable development from Russia, Japan, Viet Nam, and Switzerland.

In 2021, Forum "Russia on the Way to Sustainable Development: Inclusive and Equitable Quality Education" was organized in partnership with the Far Eastern Branch of Russkiy Mir Foundation. It was focused specifically on the achievement of SDGs 4 and 5 in Russia and uncovered innovative ideas suggested by the participants.

MUNRFE is constantly working on ways to uphold the sustainability movement and contribute to the global campaign for the achievement of prosperity both locally and globally. 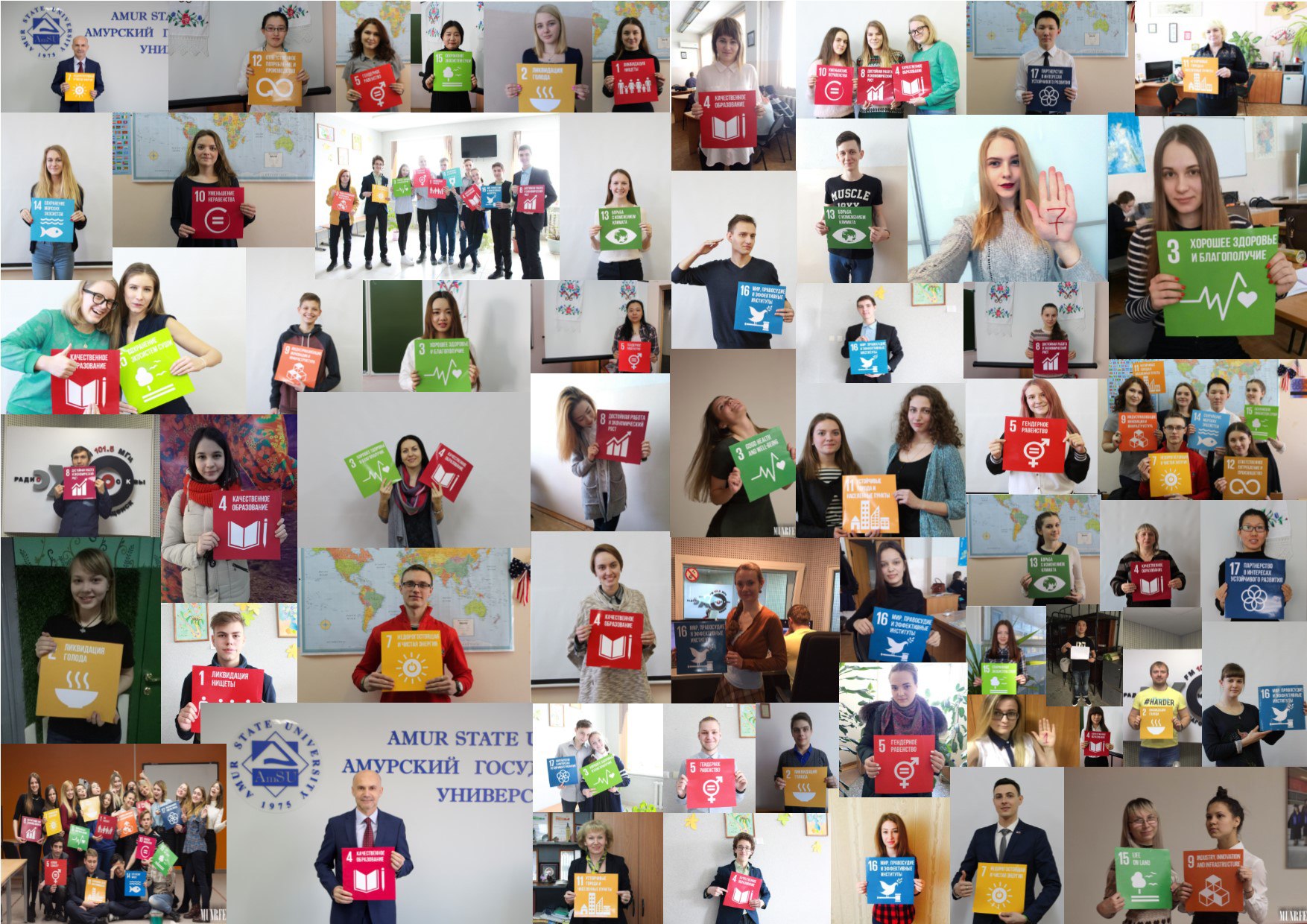