Chairman of the MUNRFE Advisory Council 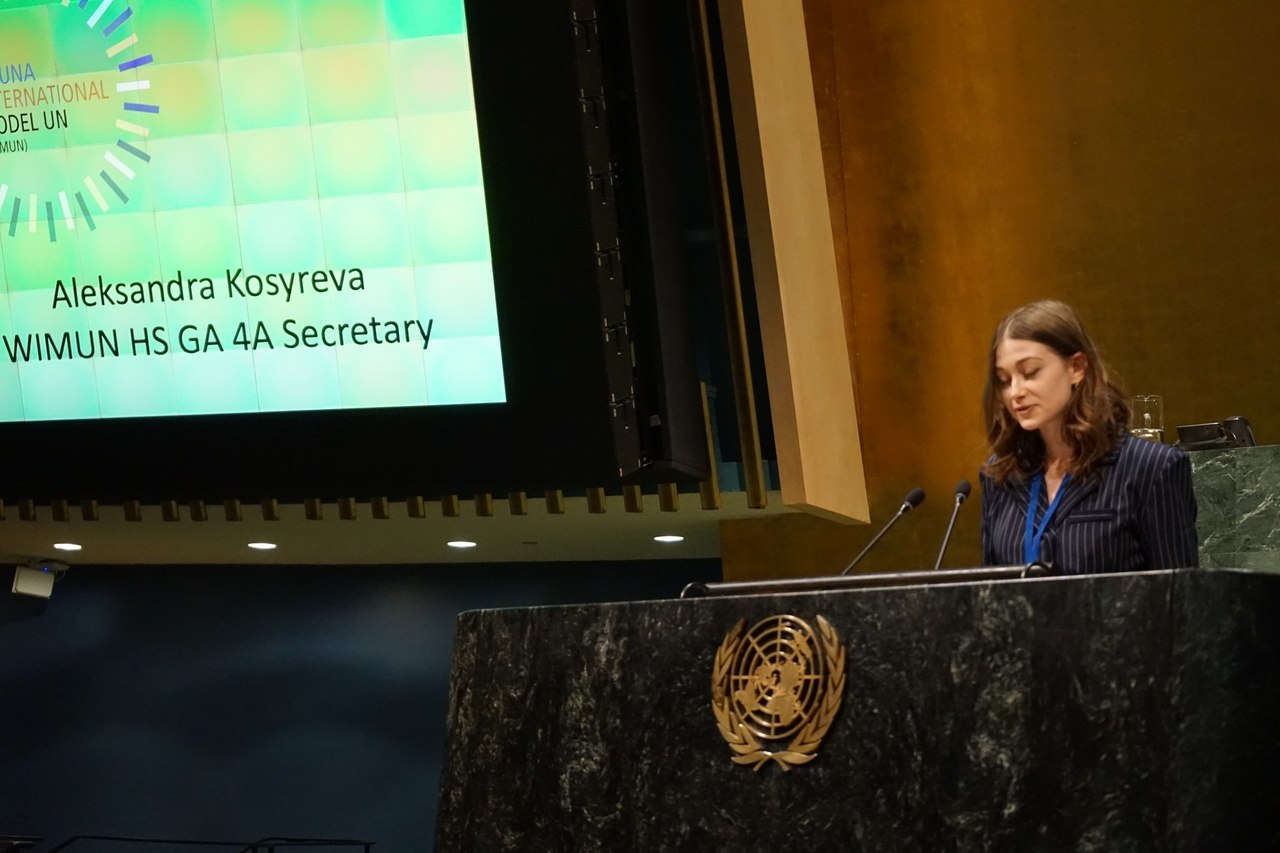 Ms. Kosyreva obtained an extensive international record by successfully performing as a delegate at NMUN 2016 in Kobe (Japan) and NMUN New York 2017. She also served as MUNRFE delegation adviser to NMUN 2018 in Xian (China) and led the team to the “Outstanding Delegation” award and “Position Paper” award.

In addition to that, Ms. Kosyreva worked as the Secretariat member at World Federation of United Nations Associations (WFUNA) International Model United Nations in New York 2018 and 2019, the Trainer at WFUNA Youth Camp Korea 2018, and the Secretary at WEMUN Expo 2019 in Beijing (China).