On October 1, MUNRFE celebrated a significant milestone for the Organization - the 20th Anniversary.

20 years ago, the history of our Organization began on the premises of Khabarovsk State Academy of Economics and Law, when Dr. Jeffrey Lindstrom and eight single-minded students founded a small debate club. Soon it was transformed into a regional non-governmental youth-led organization that today is known as the Model United Nations of the Russian Far East. 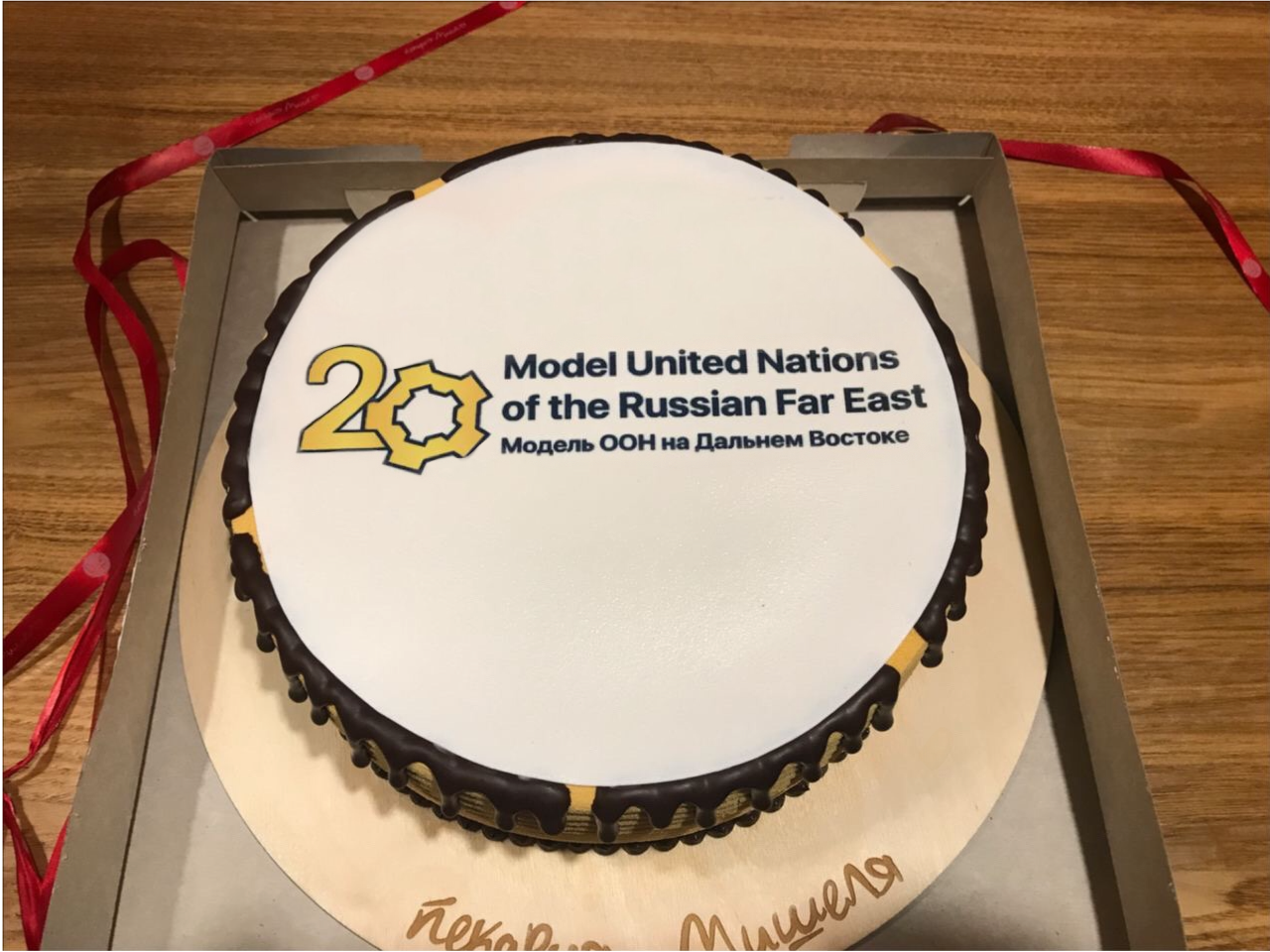 The year 2020 has become very challenging for the world, and all the celebration program of the Anniversary is postponed until 2021. Despite this, any birthday is a chance to look back and analyze all the results of the past year:

• MUNRFE members took part in the North-East Asian Multistakeholder Forum on Sustainable Development Goals (SDGs) on the premises of FEFU as participants and organizers;

• Ms. Alexandra Kosyreva accomplished her internship at the UN Information Centre in Moscow;

• Two MUNRFE members were awarded Best Document at the National Model UN 2020 despite the cancellation of the offline part of the event;

• The 5th anniversary Far Eastern Model UN 2020 became the only MUN Conference in Russia that adapted the UN4MUN format for online which gathered an absolute record of participants for MUNRFE events (150 delegates) and the invited experts Dr. Mia Mikic, Director of the Trade, Investment, and Innovation Division of the UN ESCAP; Dr. Melita Vujnovic, WHO Representative to the Russian Federation; and Ms. Natalia Zhurina, CYG Coordinator for Eastern Europe; additionally, FEMUN became a part of BRICS Educational Internship Program implemented with significant contribution of MUNRFE members.

The year 2020 allowed MUNRFE to prove its ability to adapt to all emerging difficulties no matter what, that is why we look forward with the confidence in success in all the future endeavors of the Organization. We would like to express our warmest congratulations to the Organization, its members, and alumni on two brilliant decades of inspiring youth to lead, full of outstanding achievements, brightest emotions, and thousands of amazing people whose lives will never be the same. 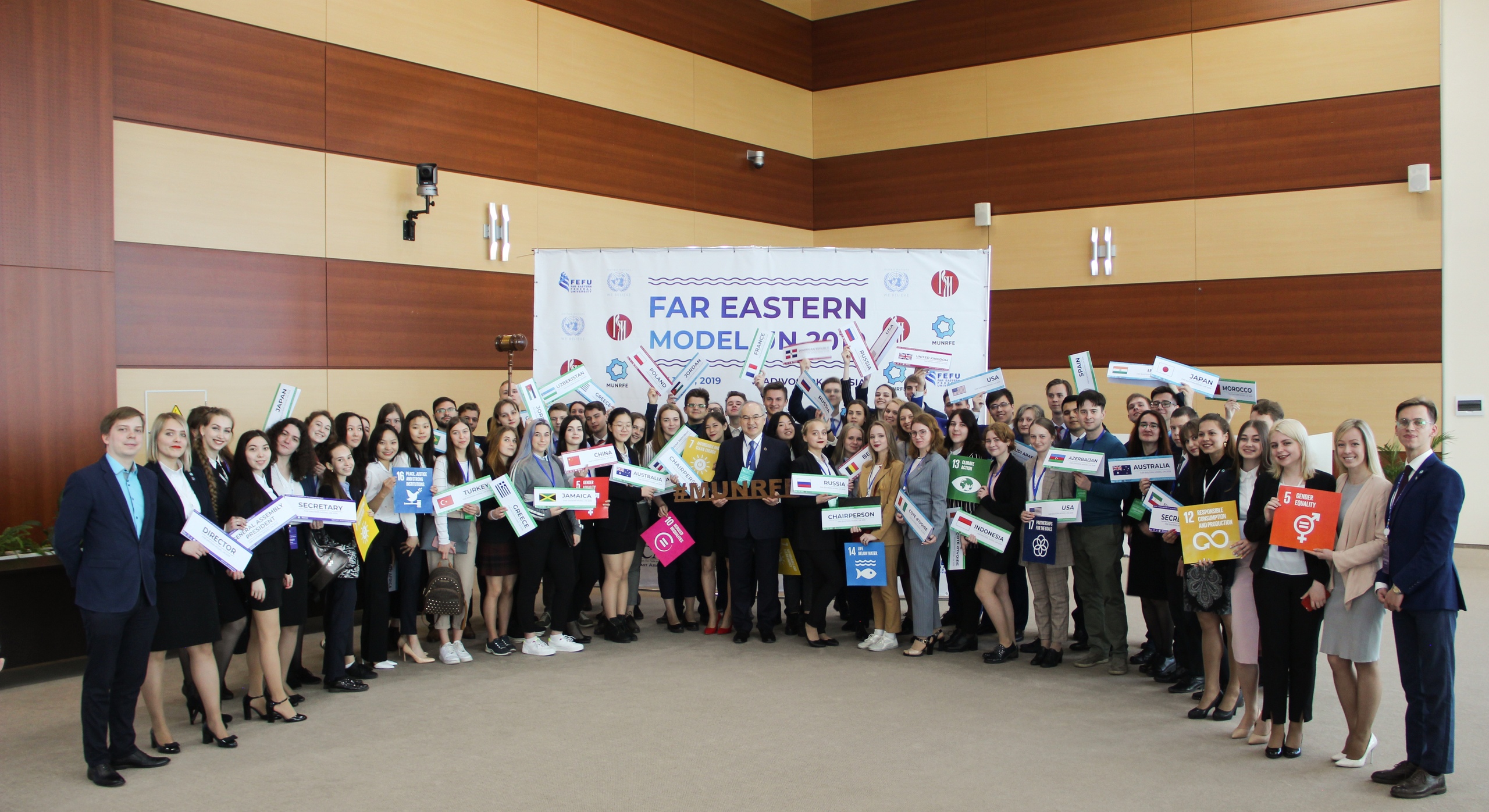 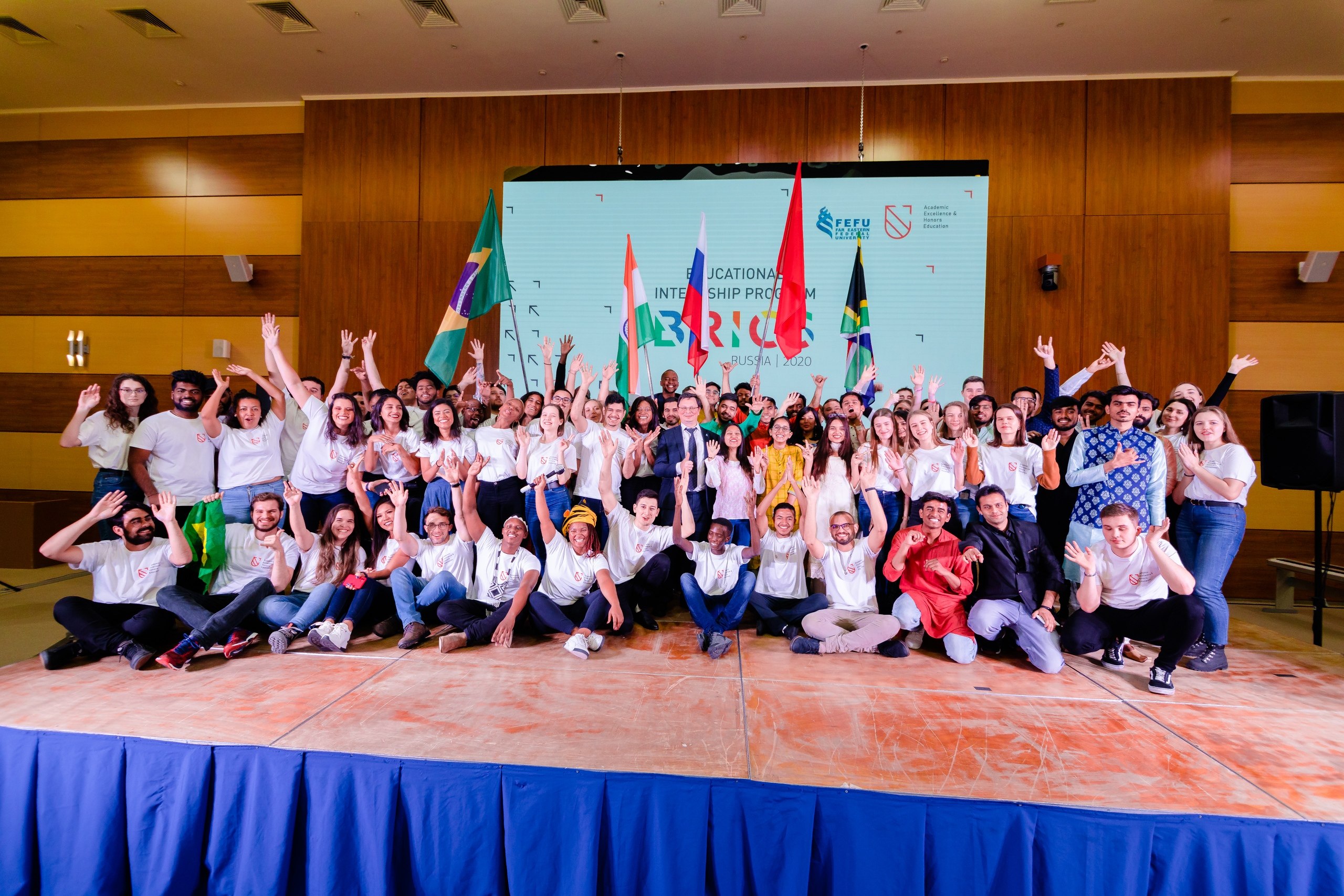 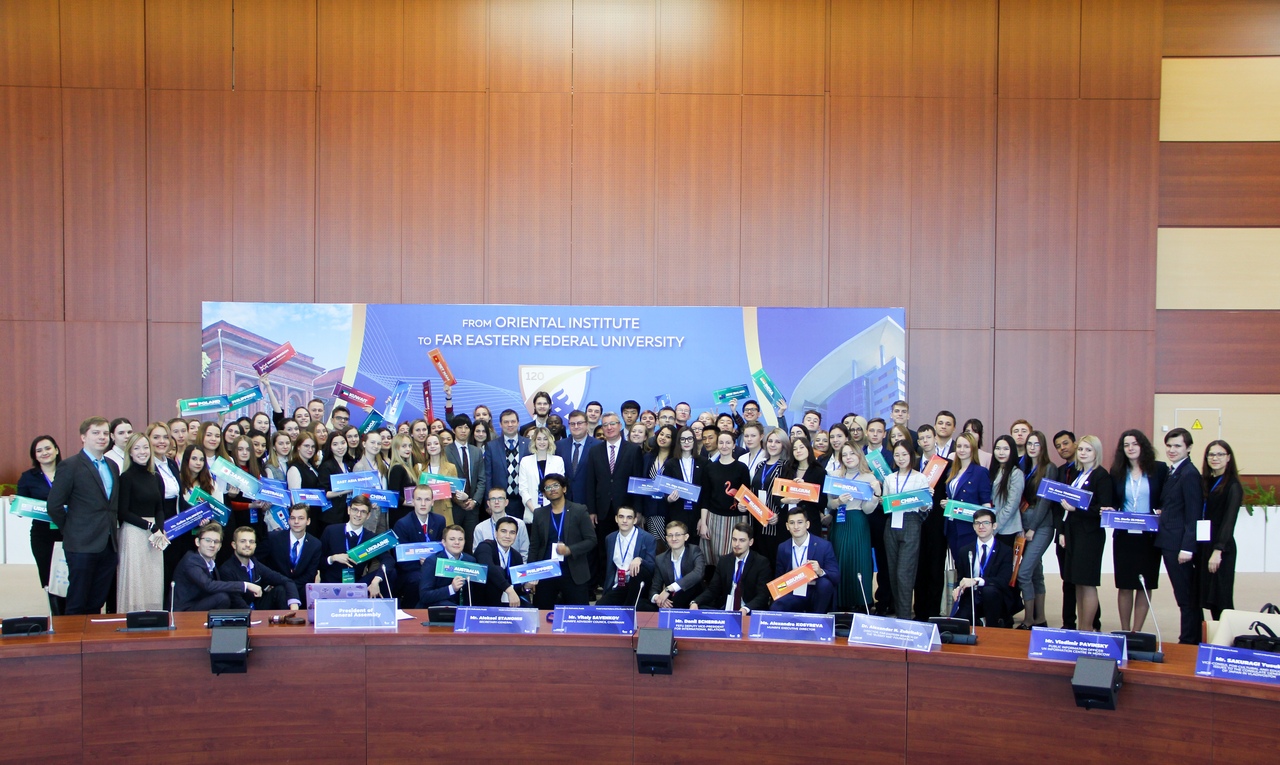 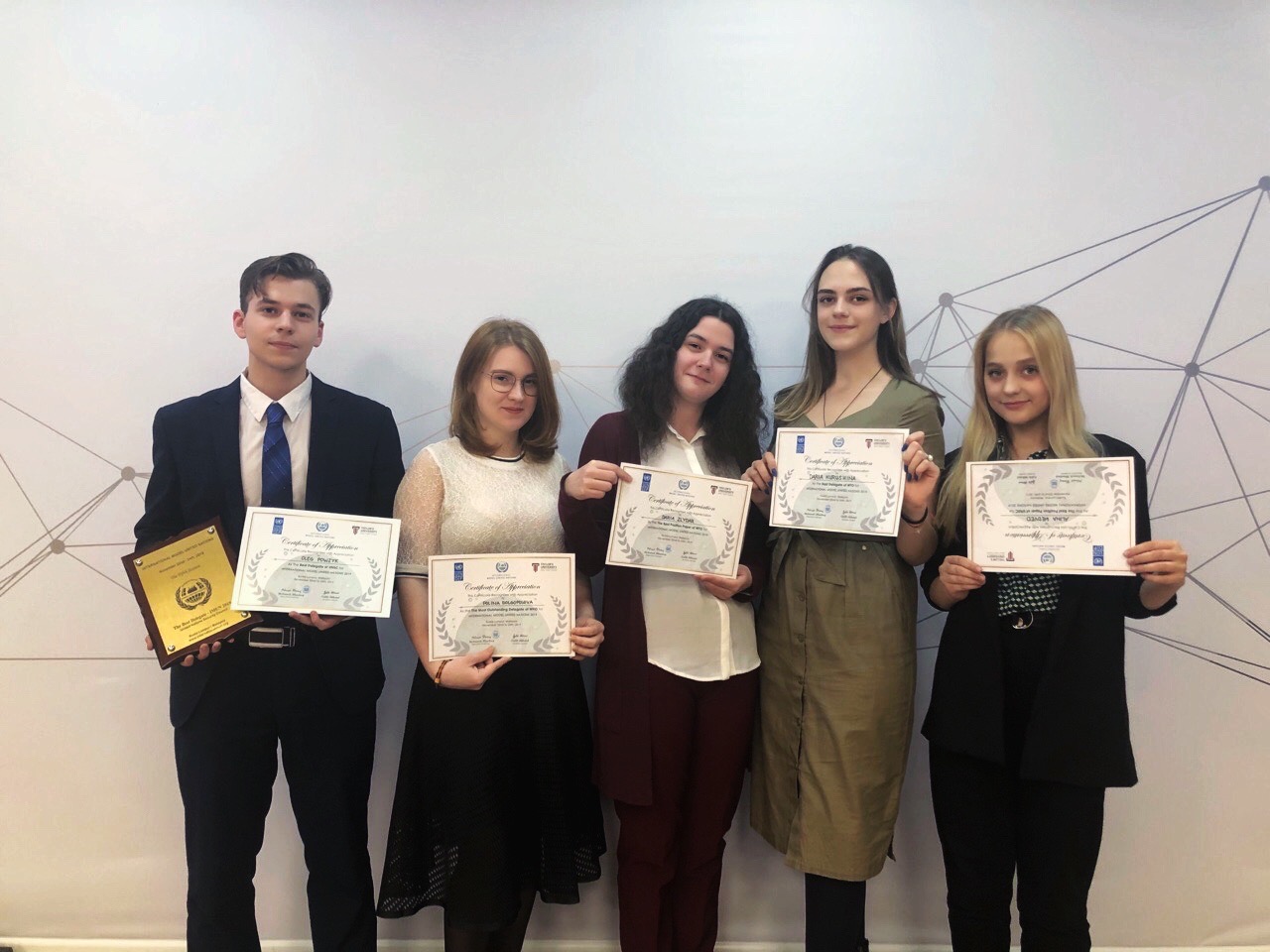 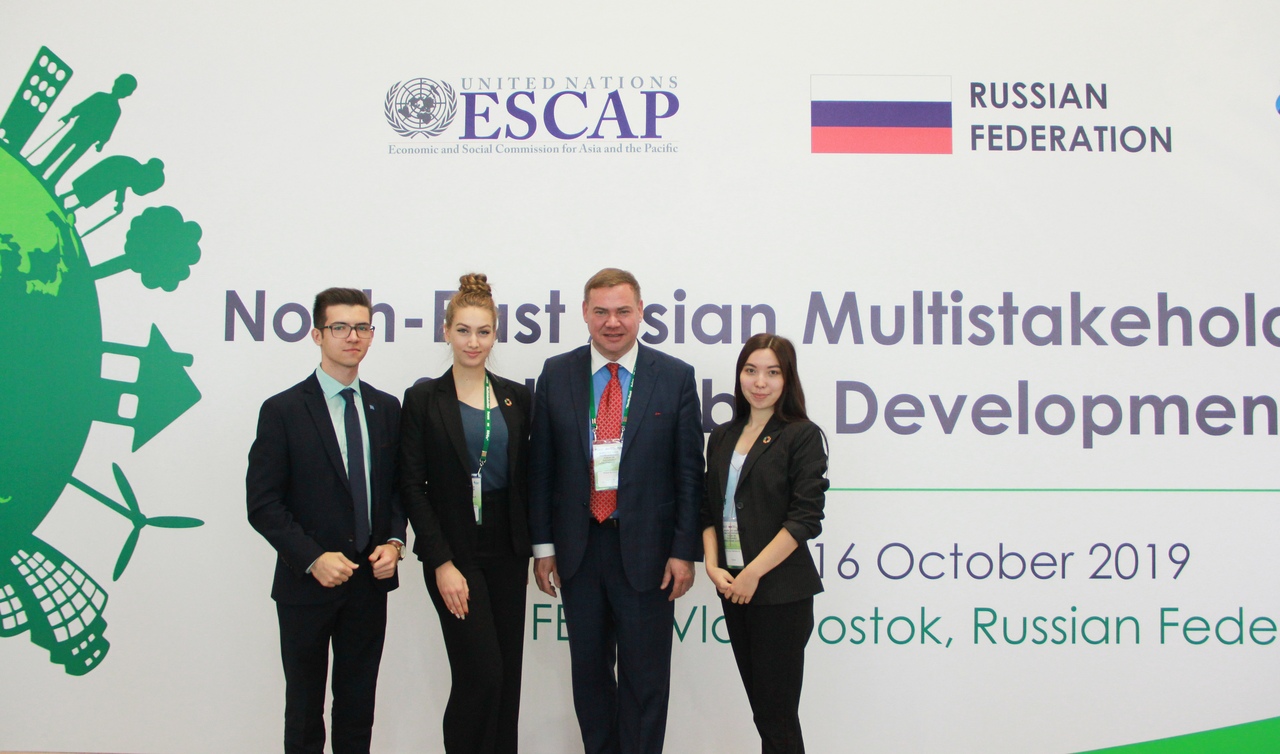 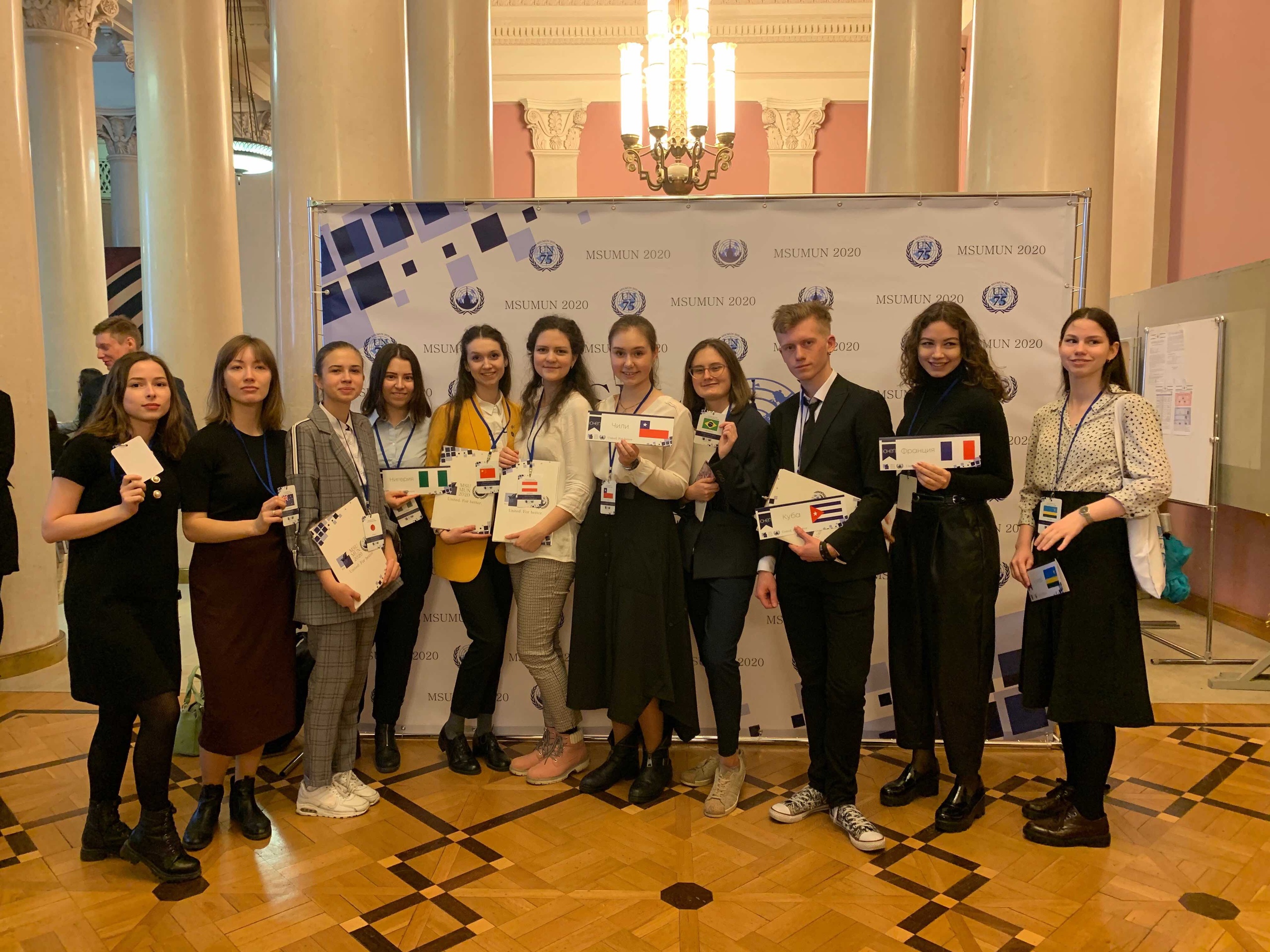 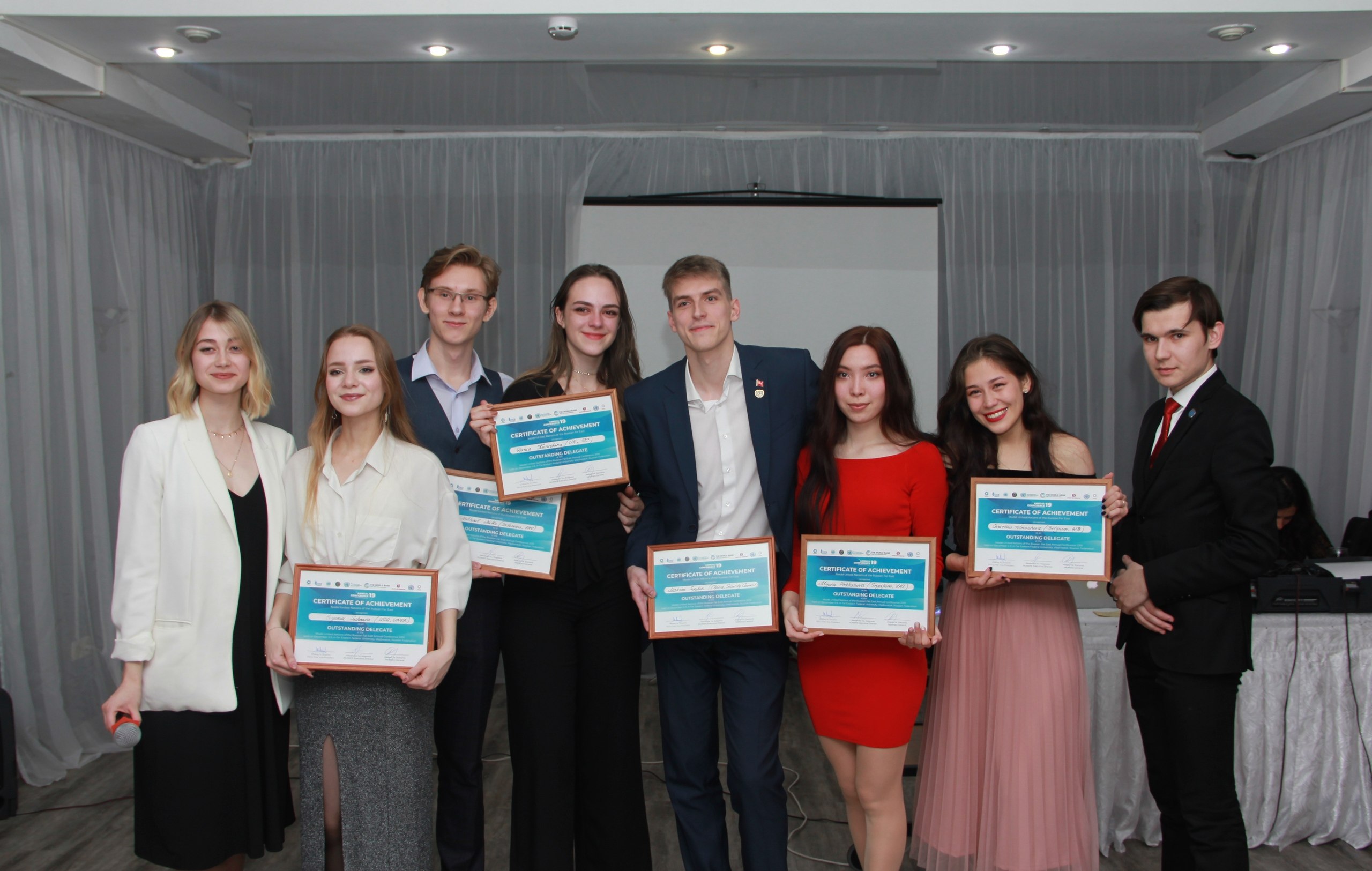 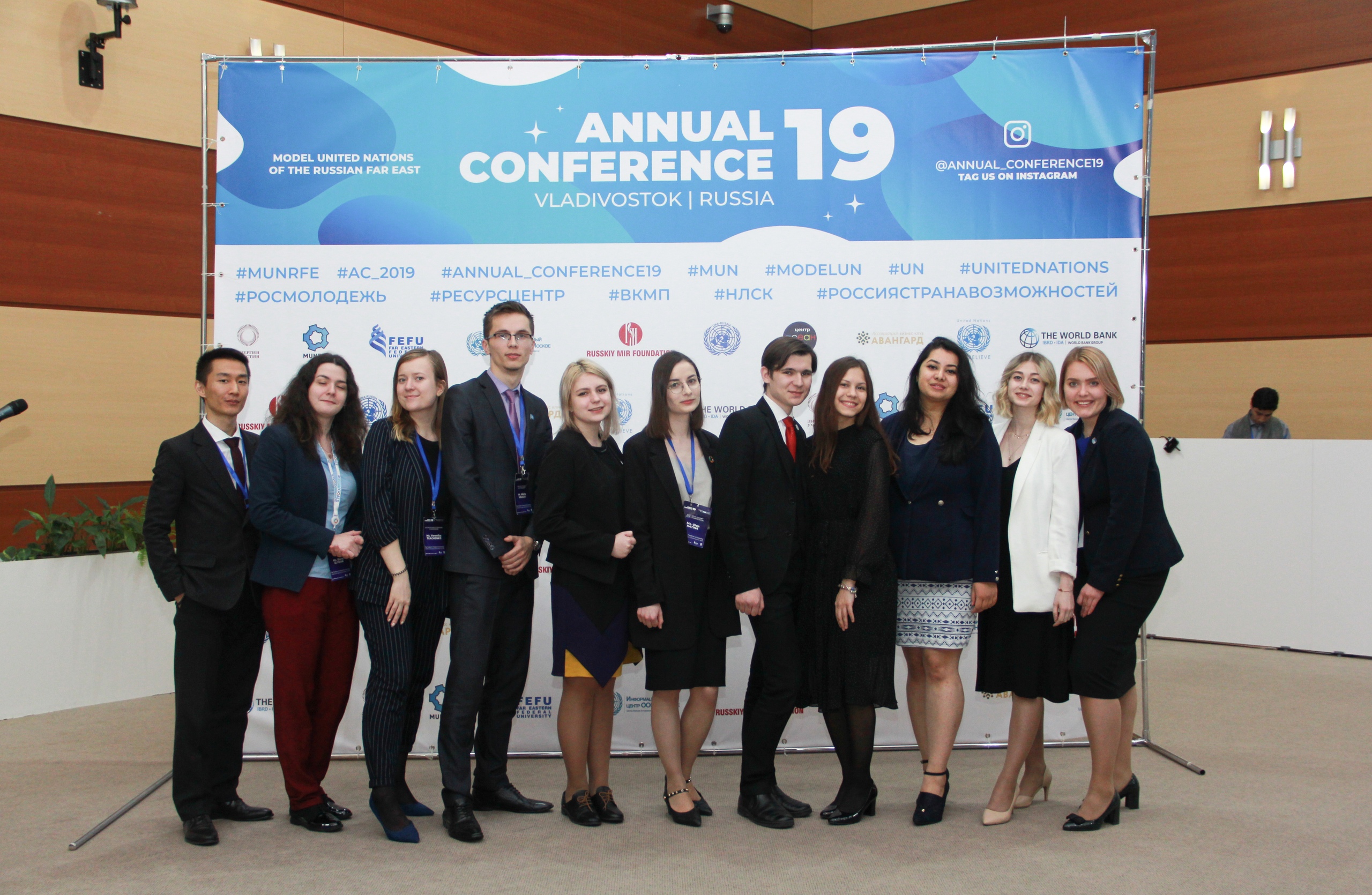 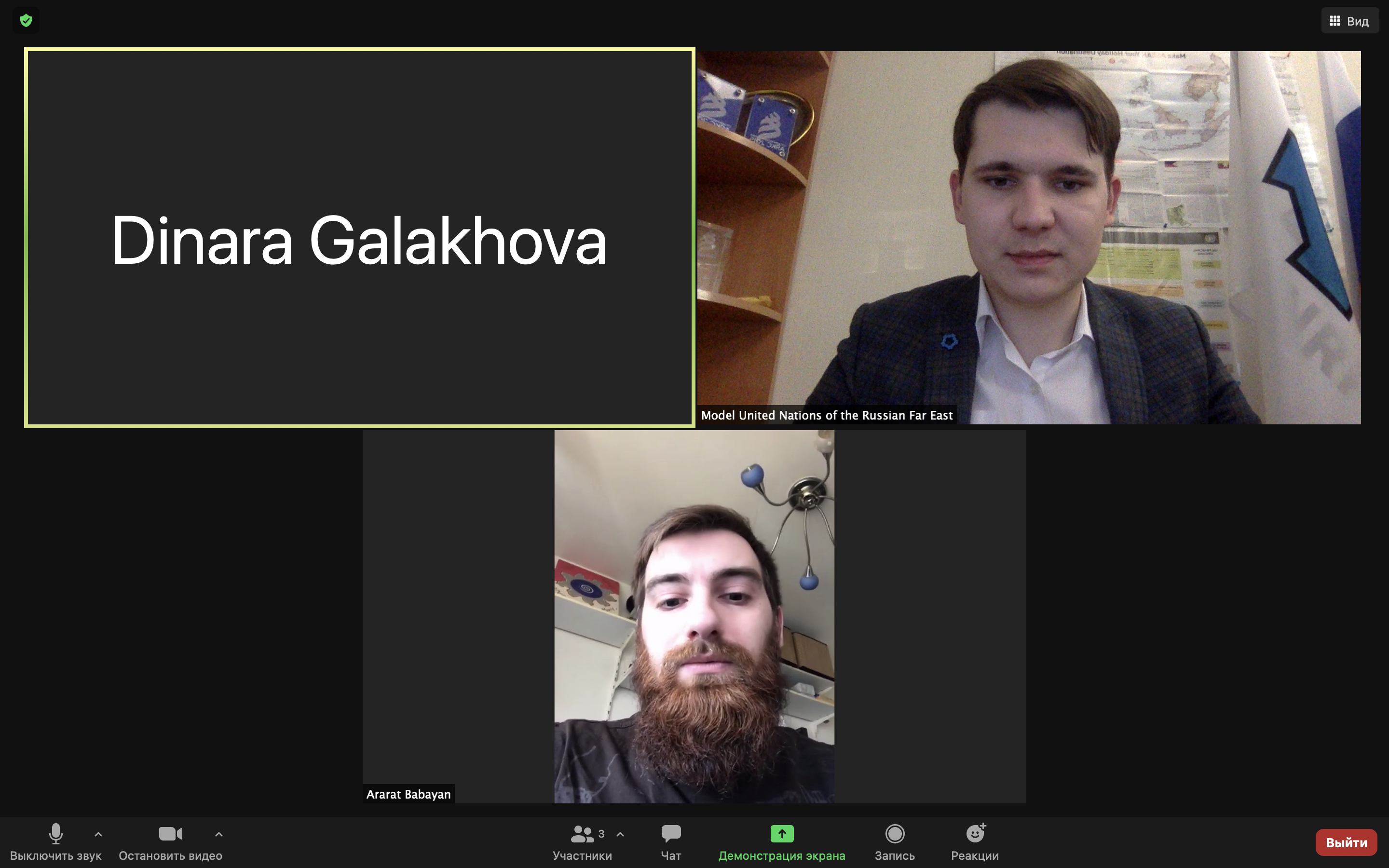 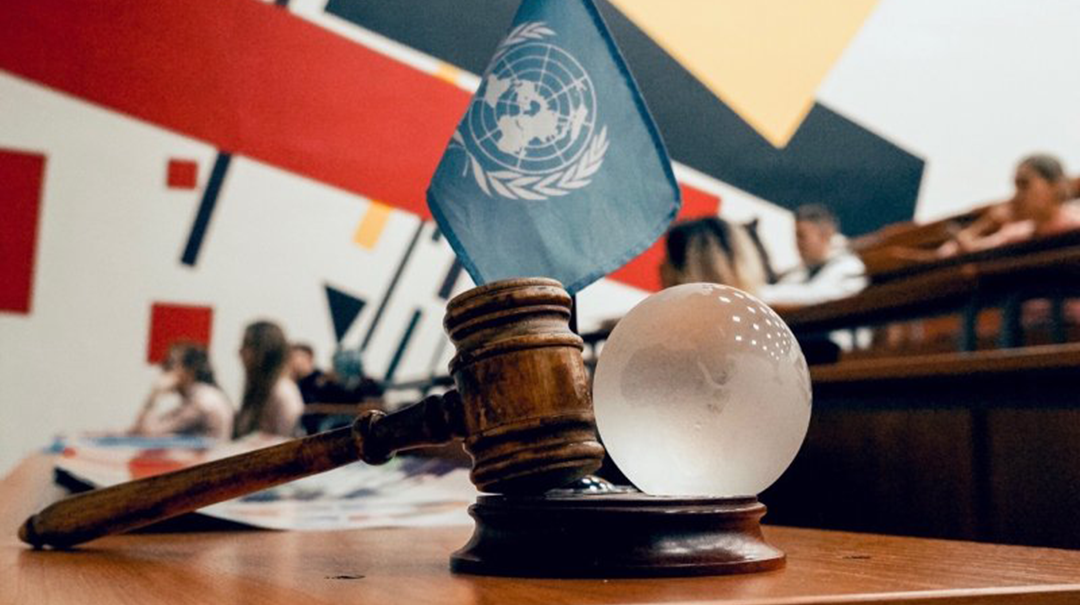