On September 24 – October 31, MUNRFE Vladivostok Club has conducted the Autumn Master Classes (AMC) 2021 in the Far Eastern Federal University. AMCs in Blagoveshchensk were conducted on November 1 – 5. 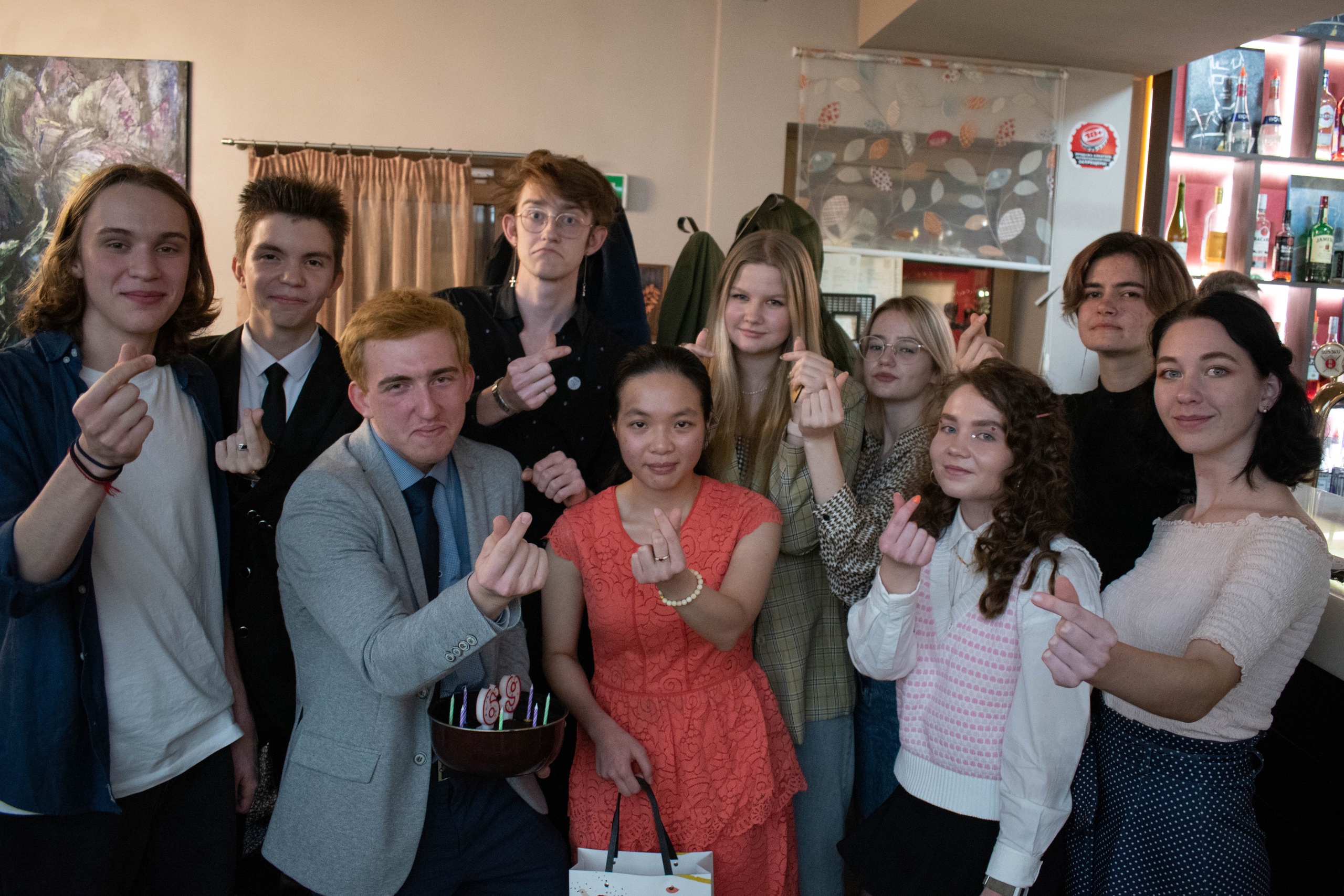 The Vladivostok Club’s project was held under the leadership of its Coordinators, Ms. Alisa Gulak and Ms. Alexandra Kurnakova. 51 graduates of the AMC 2021 demonstrated their ambition and courage, boosted personal growth, got acquainted with the mastery of leadership and public speaking, learned how to guide teamwork in accordance with shared principles.

Giving a start to the Master Classes, the Big Presentation, a welcoming event, gathered over 130 Vladivostok youth representatives. By the end of the first week participants were divided into teams coordinated by the advisers, whose duties were performed by experienced members of the MUNRFE Vladivostok Club, namely Ms. Alina Vidyakina (the United States of America), Ms. Tatiana Akuneeva and Ms. Chimita Choinzhinova (Italy), Ms. Alina Ozimok and Ms. Polina Babenko (France), Mr. Danil Vinokurov and Ms. Huyen Pham (South Korea).

During the lectures, the participants gained valuable competencies and took chances to put them into practice by preparing performances for the 12 seconds’ contest, Law of the Process, and the beloved Country Presentation.

The most crucial event in frames of the Master Classes was the Final Conference, where the participants had a chance to serve the duties of delegates representing different states while debating in three United Nations (UN) committees — the UN Economic and Social Council, the UN Security Council, the UN Environment Assembly. The following agenda items were put before the committees:

• The Socio-Economic Effects of Global Pandemics;
• Peace, Security and Stability in Africa;
• The Impact of Contamination on Marine Life.

The Graduation Party, conducted on October 31, marked the end of the Autumn Master Classes and the winners were announced:

The team of the United States of America was announced as the Outstanding Delegation. Adviser – Ms. Alina Vidyakina.

The Outstanding Delegates were credentialed to represent the USA at the upcoming 20th Anniversary MUNRFE Annual Conference 2021 and granted free participation, while Distinguished Delegates and Honorable Mention Delegates were awarded with the certificates and gifts from the Autumn Master Classes partners: vegan confectionary “Ellle Dessert” and soy candles manufacturer “Gori”. Best Document recipient was awarded with a certificate and a present from British cosmetics retailer “LUSH”.

Along with the Master Classes in Vladivostok, MUNRFE conducted a version of the project on November 1-5 in Blagoveshchensk for nearly 30 students from several Russian Far East cities, namely Khabarovsk, Blagoveshchensk, Komsomolsk-on-Amur. Students represented various higher education institutions, including Blagoveshchensk State Pedagogical University, Khabarovsk State University of Economics and Law, Amur State University, Komsomolsk-on-Amur State University. MUNRFE Autumn Master-Classes in Blagoveshchensk incorporated the lectures on the United Nations history and Sustainable Development Goals, Model UN debates and were finalized with the training debates on the “Socio-economic effects of global pandemics” agenda item in frames of the UN Economic and Social Council.

MUNRFE expresses its gratitude to Far Eastern Federal University and the partners for providing assistance with the implementation of the project, as well as to all the participants of the MUNRFE Autumn Master Classes 2021, sincerely congratulates the winners of the Final Conference, and welcomes everyone to the 20th Anniversary MUNRFE Annual Conference 2021. 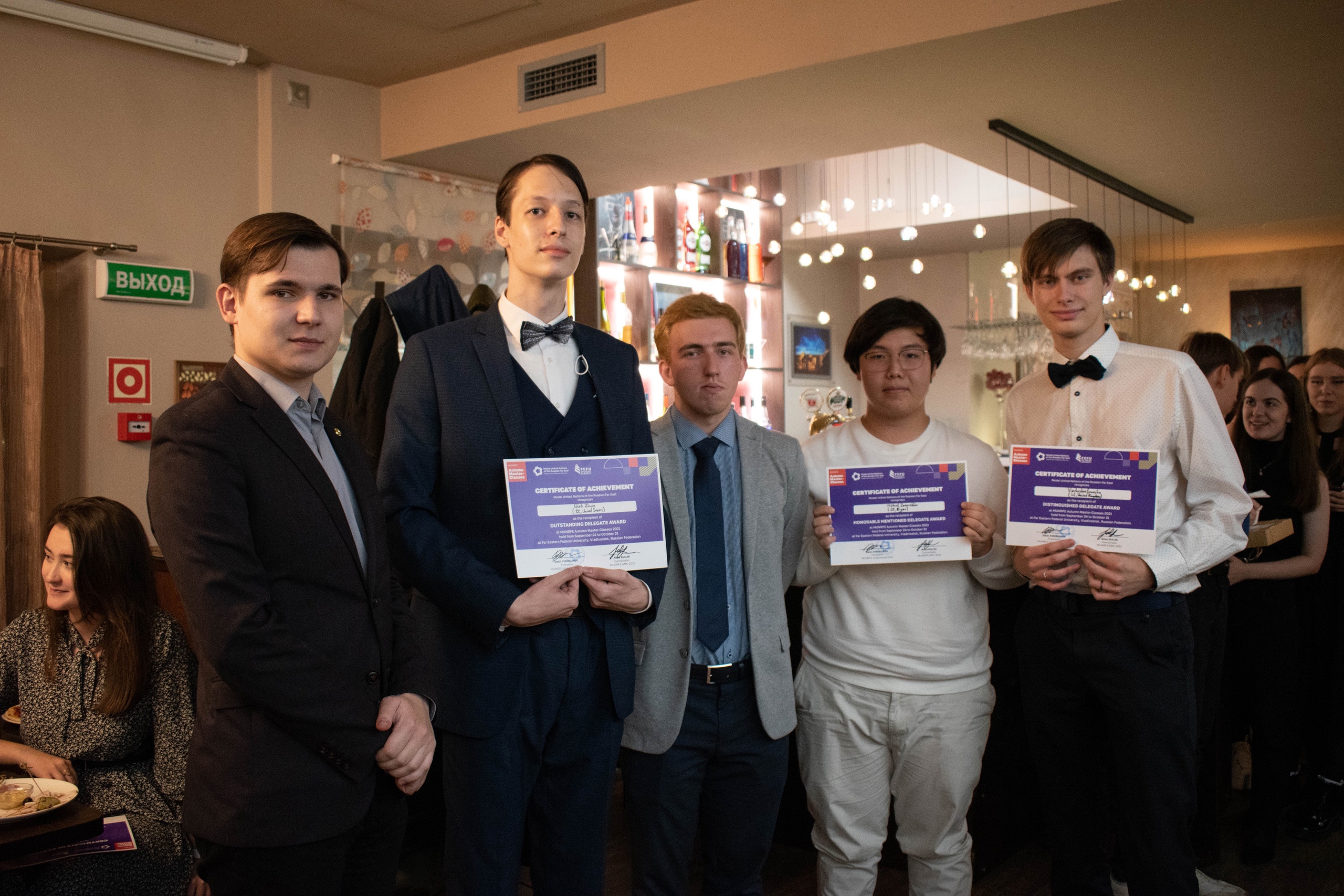 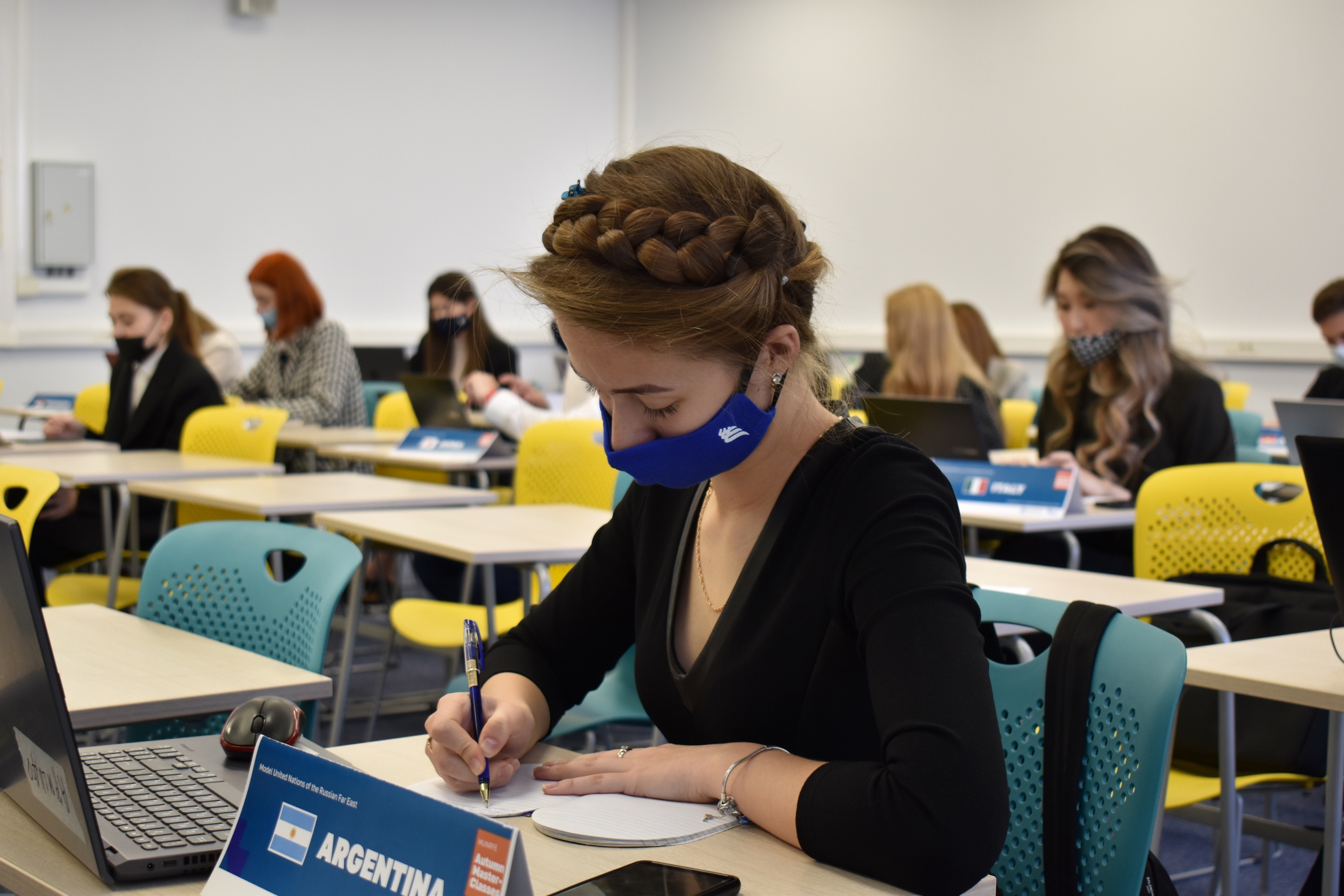 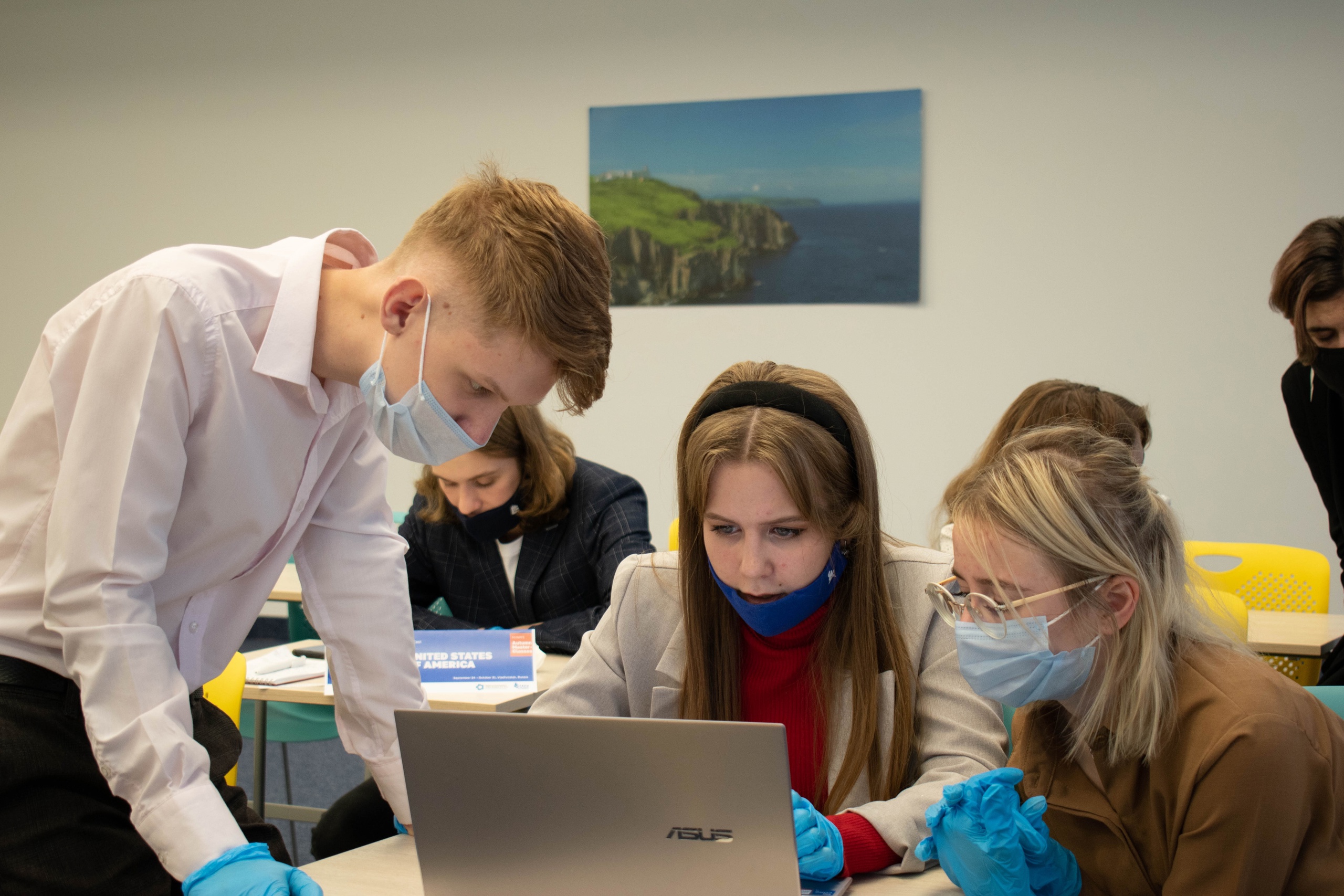