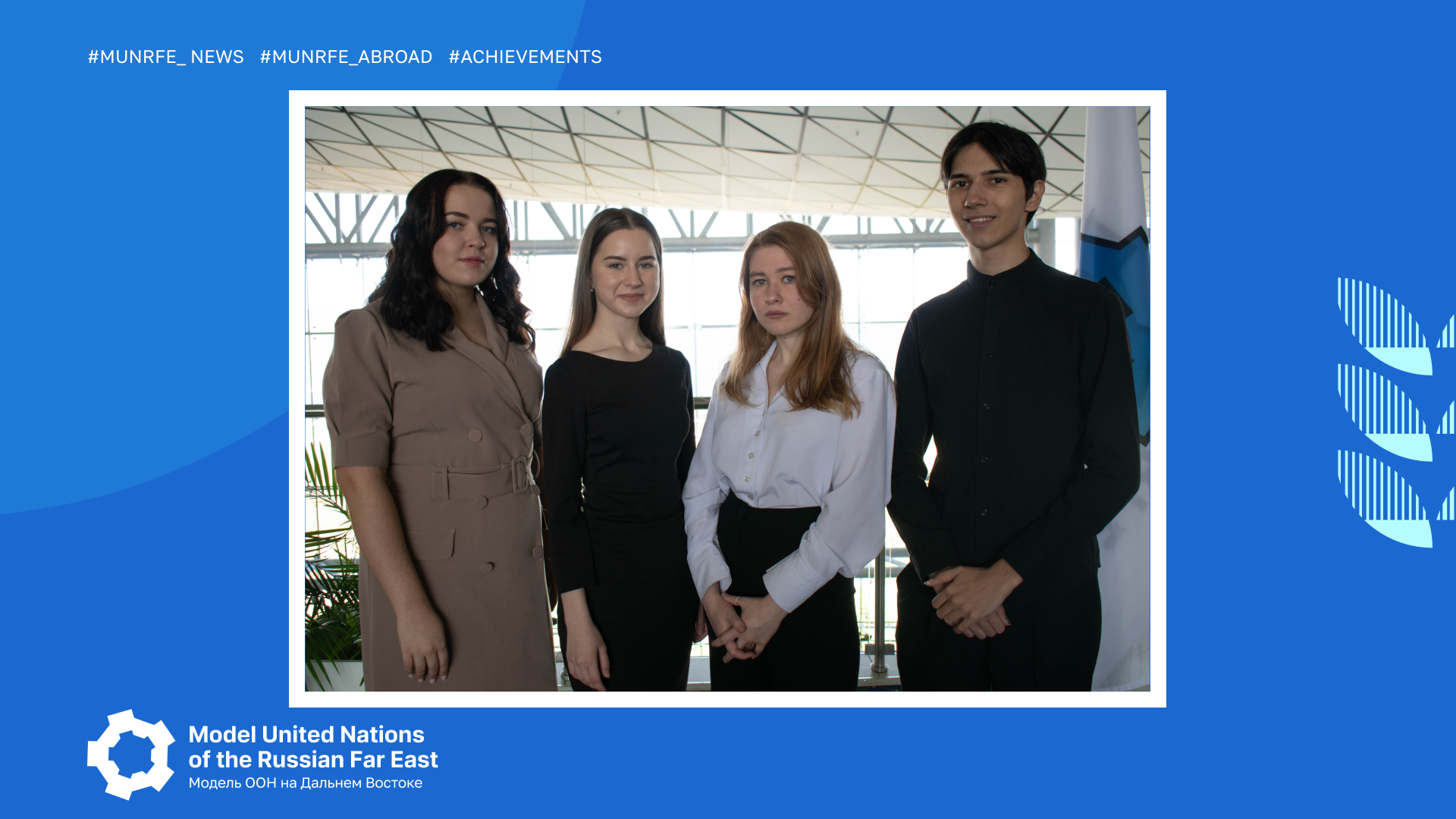 The team was comprised of the Far Eastern Model UN 2021 winners who represented the following countries in frames of JOINMUN:

Ms. Polina Babenko served as an Adviser of the delegation.

Despite the online format, the conference was filled with fruitful discussions, social events, and briefings by invited experts. The team had a chance to grasp the South East Asian culture even via Zoom meetings.

As a result of the JOINMUN, Mr. Georgii Rzaev has received the Best Position Paper award in Legal Committee.

The Organization thanks the JOINMUN team and their adviser for hard work and devotion.

JOINMUN is one of the most prestigious Model UN conferences of the Asia Pacific region that was established in 2012. Based in Yogyakarta, Indonesia, JOINMUN gathers hundreds of participants from more than 10 countries each year. In 2017, MUNRFE delegation went to the JOINMUN for the first time and showed brilliant results.