MUNRFE HAS ELECTED NEW PRESIDENTIAL TEAMS FOR THE SPRING SEMESTER 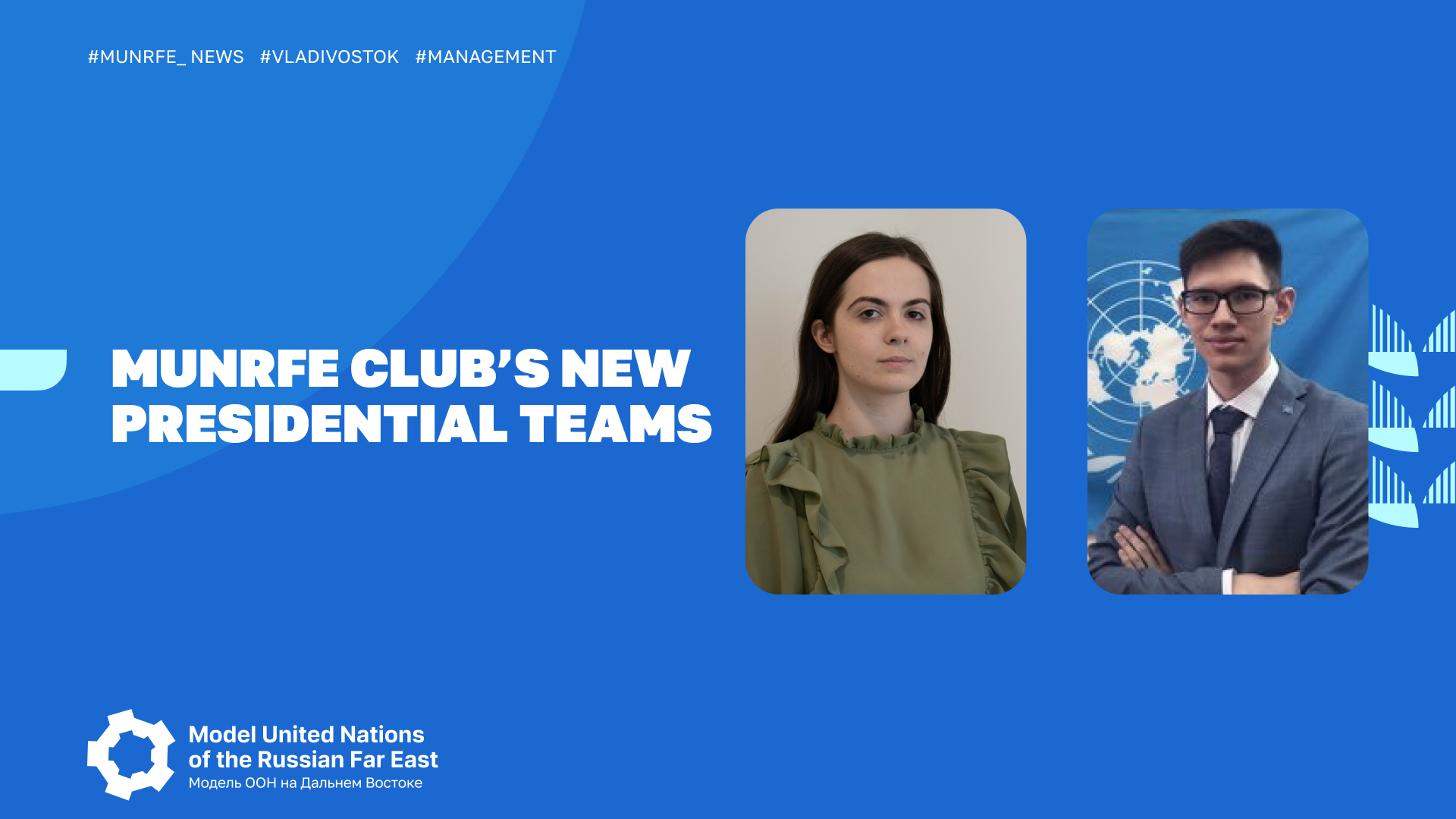 On February 24, according to the results of the voting, Ms. Alexandra Kurnakova was elected as the President of the MUNRFE Vladivostok Club for the spring term. Subsequently, she appointed Ms. Alina Vidyakina as her Vice-President.

Ms. Kurnakova has joined the MUNRFE in 2020. During the autumn semester 2021, she occupied the position of Manager of Infrastructure within the Club. She also served as a Vice-Coordinator of the MUNRFE Autumn Master-Classes 2021 in Vladivostok.

Ms. Vidyakina's activity in the organization began in 2020. In the previous semester, she held the position of the Vice-President under the leadership of Mr. Danil Vinokurov. Moreover, Ms. Vidyakina served as the Coordinator of a social project last semester.

On February 26, by a collective decision of the MUNRFE Blagoveshchensk Club members, Mr. Alexei Kuzmin has been elected to the post of the Club’s President. Ms. Violetta Stasiuk became the new Vice-President.
Mr. Alexei Kuzmin joined the MUNRFE in 2019. He held the position of Financial Manager in the Club in autumn 2019, and in December of the same year he was appointed as a Coordinator of a social project. In 2020, Mr. Kuzmin was appointed to the post of Vice-President.

Similarly, Ms. Violetta Stasiuk became a member of the MUNRFE Blagoveshchensk Club in 2019. During her time if the Organization, she had a chance to conduct a Workshop on SDGs.

MUNRFE congratulates the newly elected leadership on their promotion and wishes productive work and motivation to achieve new goals.