On December 1-5, the 21st MUNRFE Annual Conference 2022 was conducted at the campus of the Far Eastern Federal University in Vladivostok. The project gathered almost 90 participants from Russia (Blagoveshchensk, Khabarovsk, Komsomolsk-on-Amur, Oryol, Rostov-on-Don, Vladivostok, and Yuzhno-Sakhalinsk) and abroad. 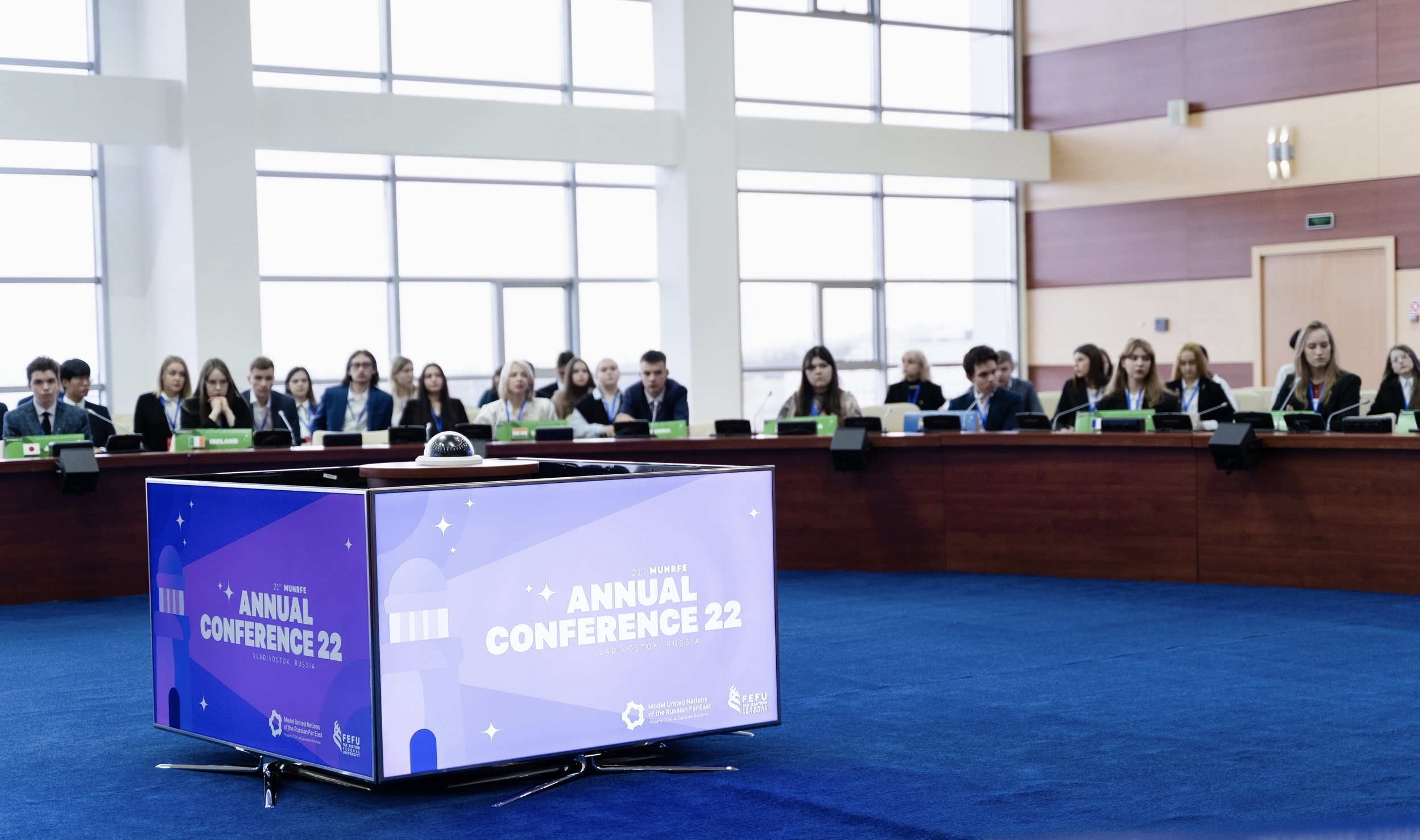 The delegates have taken an opportunity to join the work of five simulated institutions: the UN Security Council, the World Bank, the UN Economic and Social Commission for Asia and the Pacific (UN ESCAP), the UN Environment Assembly (UNEA), and the UN Educational, Scientific and Cultural Organization (UNESCO), that was conducted online.

The Agenda Items that the participants discussed were unique in all the Committees:

The Educational program of the Conference included the Committee briefings conducted by the invited experts:

After summing up the results, the following delegates were recognized as the recipient of the Conference awards:

The recipients of the Outstanding Delegate award are now credentialed to take part in the MUNRFE Leadership Program 2023 that includes participation in the Future We Want MUN – New Delhi 2023, India.

The implementation of the Conference would not have been possible without its Secretariat:

It is our pleasure to note that this year the Secretariat team included Mr. Arman Papyan, the Secretary-General of Churkin Moscow International Model UN 2023.

MUNRFE also expresses its appreciation to the work of the Department of Global Communications, that covered the informational and logistical components of the Conference:

MUNRFE acknowledges the immeasurable support provided by the Conference partners: