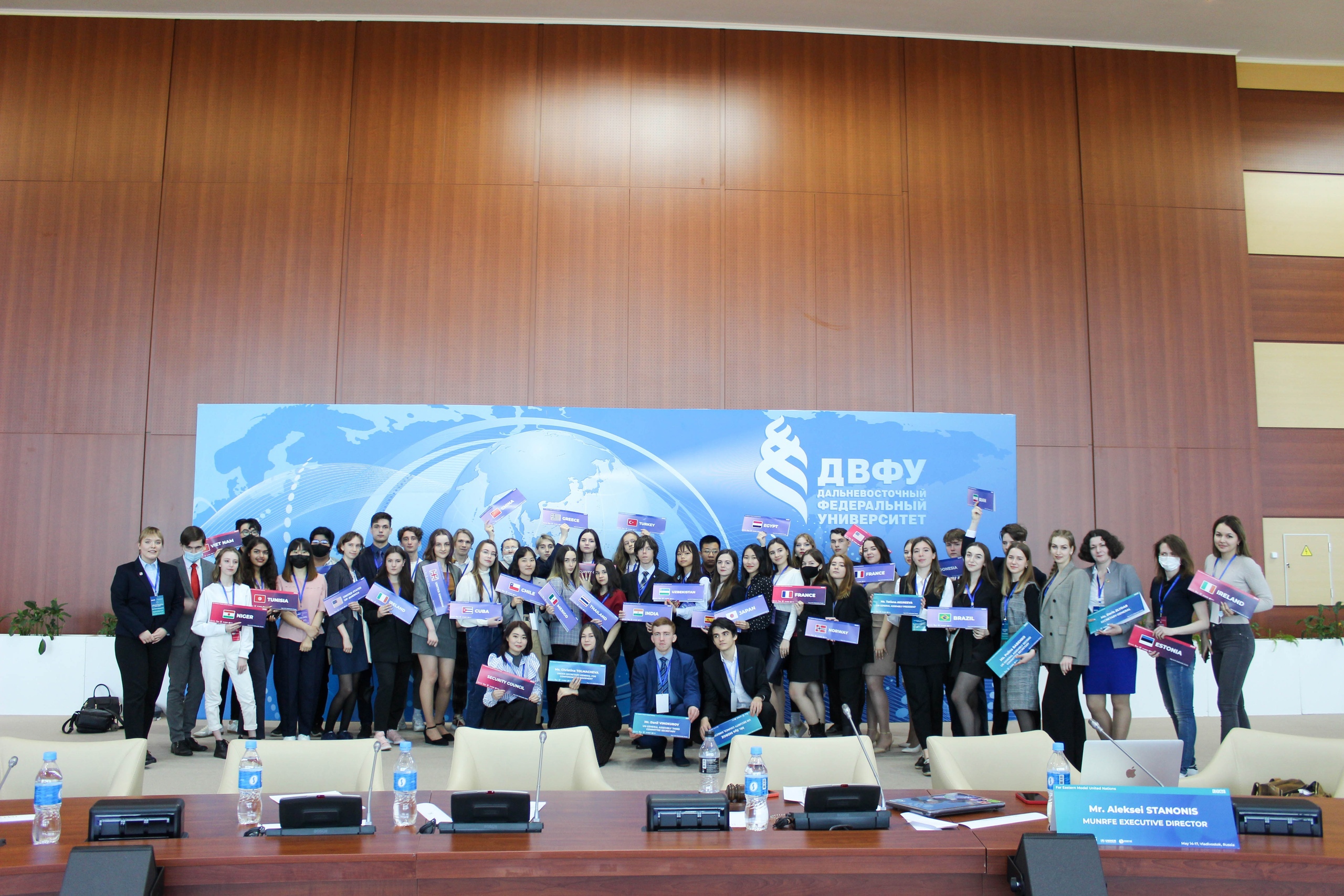 Further, Ms. Tatiana Akuneeva, President of the General Assembly, announced the Opening of the Plenary Meeting giving the floor to the representatives of Chile, Egypt, France, and Greece with their statements upon the agenda item titled “Transformative Impact of Digital Technologies”.

MUNRFE expresses its deepest gratitude to the distinguished speakers and congratulates everyone on the successful start of the Conference.

FEMUN is conducted by MUNRFE since 2016. It is the only MUN Conference in Russia that applies the UN4MUN format – the most accurate simulation of the UN that was elaborated by the UN Department of Global Communications. FEMUN winners – participants of the MUNRFE Leadership Program attained victories at MUN Conferences in Japan, China, Indonesia, and Malaysia and were honored with all types of awards from delegation to individual awards.