Changes in the MUNRFE Board 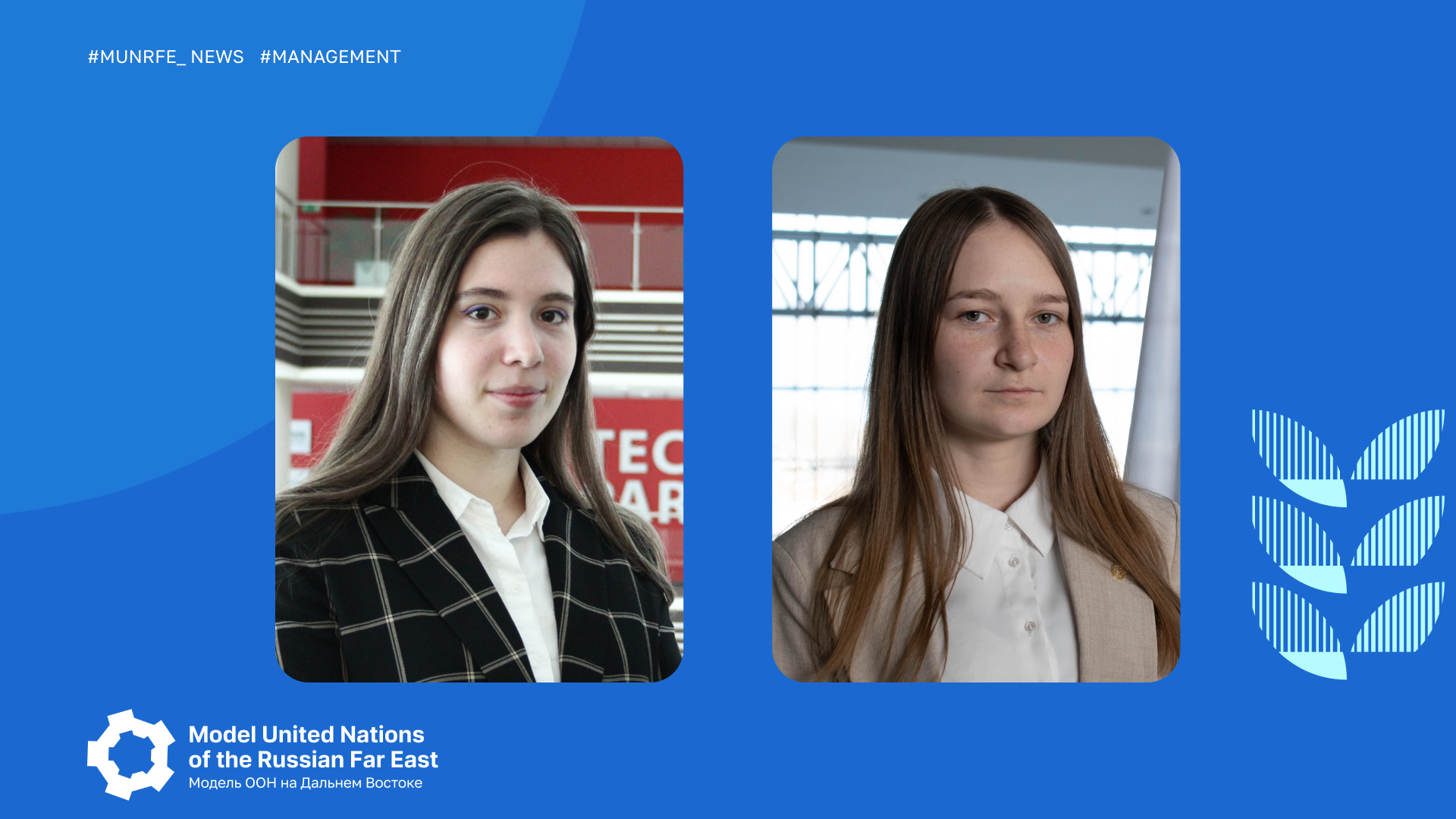 Ms. Tatiana Akuneeva joined MUNRFE in 2019 as a member of the Vladivostok Club. Before being appointed for her current position, she performed the duties of the MUNRFE Vladivostok Club President and Assistant Executive Director. She also served as a President of the United Nations General Assembly in frames of the Far Eastern Model UN 2021, and the Secretary-General of 20th Anniversary MUNRFE AC 2021. Moreover, Ms. Akuneeva accomplished an internship at the International Committee of the Red Cross Regional Delegation for the Russian Federation, Belarus and Moldova.

Ms. Kamila Kukushkina joined MUNRFE in 2018 as a member of the Vladivostok Club. Starting from February till December 2021, she performed the duties of the Associate for Public Relations. In frames of the 20th Anniversary MUNRFE Annual Conference, she served as the Head of the Department of Global Communications. Ms. Kukushkina also holds internships at the Russky Technopark in the SMM section in frames of the Far Eastern Start program and at the ASEAN Centre in MGIMO.

MUNRFE congratulates the ladies on their new positions and wishes best of luck in future endeavors.